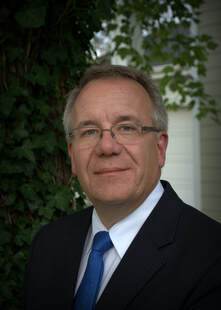 ​Steve Andersson is a Commissioner of Human Rights for the State of Illinois appointed by Illinois’ Governor JB Pritzker.  He is also a retired member of the Illinois House of Representatives.  During his tenure, he was floor leader for the House Republican Caucus and oversaw all debate on the House floor.  In addition, Representative Andersson led a bi-partisan initiative to end the longest state budget impasse in US history, overriding the veto of his own Republican Governor in order to do so.

During his last session in the Illinois House, Representative Andersson was the Chief Republican Sponsor of the Equal Rights Amendment and successfully passed the amendment making Illinois the 37th to pass the ERA.  Since passage of the ERA in Illinois, Representative Andersson has traveled the country advocating for passage in additional states.  He has traveled to Virginia, Arizona, Florida, Missouri, New York, Utah and Washington D.C. and continues his advocacy to this day. He has also published on the topic of passage of the ERA in the N.Y.U. Review of Law & Social Change and has written numerous opinion-editorials on the subject. In January 2020, he was featured in an Article published in the Washington Post called, “The man celebrating Virginia’s historic Equal Rights Amendment vote.” By Petula Dvorak.  Most recently, he was singled out during floor debate on the removal of the federal deadline for the ERA, by Speaker Nancy Pelosi for his bi-partisan efforts in passing the ERA.

He has been a practicing lawyer since 1992 and is licensed to practice in Illinois, the 7th Circuit and the United States Supreme Court. 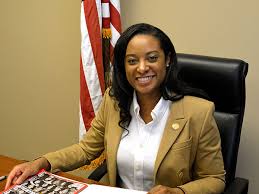 Jennifer Carroll Foy is a criminal defense attorney. She represents some of the Commonwealth’s most vulnerable citizens, the indigent and the mentally ill, in a broad range of criminal matters. She is also an adjunct professor of criminal law at Northern Virginia Community College. Jennifer was born and raised in Petersburg, Virginia. While at Petersburg High School, she earned a full scholarship to Virginia Military Institute and enrolled in the third class of female cadets to attend the historically all-male college.

Shortly after VMI, Jennifer attended Virginia State University for her Master’s degree where she graduated with honors. She was an adjunct professor at the Virginia State University briefly before enrolling at Thomas Jefferson School of Law in San Diego, California on a full academic scholarship. Jennifer graduated law school with cum laude honors in 2010 and, shortly thereafter, attained a litigation associate position with the Law Office of Ralph Harrison in Los Angeles, California. After a few years with the Law Office of Ralph Harrison, Jennifer returned to Virginia where she opened her own law practice, the Law Office of Jennifer Carroll.

Jennifer then had the privilege of serving the citizens of Richmond, Virginia as a Magistrate. As a Magistrate, she presided over hundreds of hearings. One of her proudest contributions to the community was creating the Foundation for Foster and Orphan Children, a 501(c) 3 organization, formed to provide tutoring, mentoring, and clothing to disadvantaged foster youth. Jennifer was also a foster parent for eight years. She resides in Woodbridge, Virginia with her husband Jeffrey Foy.​ 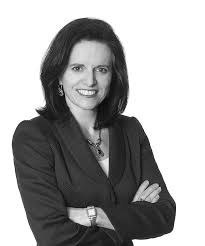 Linda Coberly is the managing partner of Winston & Strawn LLP’s oldest and largest office. She is a partner in the firm’s Litigation Department and chairs Winston’s Appellate and Critical Motions Practice. She also serves on the firm’s Executive Committee.

Linda focuses her practice on appeals and on critical motions that resolve complex commercial lawsuits before trial. She is known for her strong business sense, excellent briefs, and clear and compelling oral advocacy. She counsels clients on appellate and strategic issues at all stages of litigation, from before trial through and including proceedings before the U.S. Supreme Court. She has briefed and argued appeals in eight different federal courts of appeals and a variety of state appellate and supreme courts. Linda has extensive experience in corporate fraud and securities litigation—and, in particular, in defending issuers, auditors, and others in tort and securities fraud actions following allegations of fraud. These cases frequently implicate complex issues of pleading, class certification, agency law, damages, standing, and loss causation—as well as the doctrine of in pari delicto, which arises whenever a corporation or trustee attempts to sue a third party for a fraud committed by the corporation’s own management. Linda speaks on these and related topics as a regular faculty member at the industry’s leading conference for accountants’ liability practitioners.
​
A significant portion of Linda’s practice centers on advising and representing clients with regard to proceedings in the U.S. Supreme Court, drawing upon her experience as a law clerk to Justice Stephen G. Breyer on the Supreme Court and to Judge Douglas H. Ginsburg on the D.C. Circuit. She also frequently represents amici in important business cases before the Court. 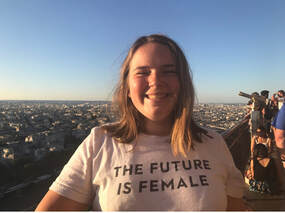 Rosie Couture is a 16-year-old sophomore in highschool from Arlington, Virginia. She loves theater, is a second-term class president, plays on her school’s drumline, advocates for gun reform as the March For Our Lives Virginia State Director, and is a co-founder and Executive Director of Generation Ratify, the youth-led movement to ratify the Equal Rights Amendment.

Through mobilizing youth to advocate for the ERA on the federal and state levels, as well as connecting kids to campaigns to elect pro-ERA candidates, Generation Ratify works to amplify the voices of young people in the movement that will enshrine gender equality into the Constitution. Plug into their work by checking out their website, instagram, or emailing rosie@generationratify.org! 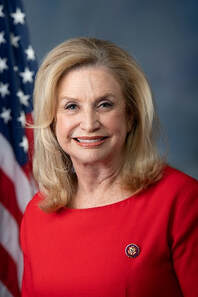 Maloney is the author of Rumors of our Progress Have Been Greatly Exaggerated: Why Women’s Lives Aren’t Getting any Easier and how we can Make Real Progress for Ourselves and Our Daughters, which has been used as a textbook in women’s studies courses. In addition to serving as Chairwoman of the House Committee on Oversight and Reform, Maloney is a senior member of the House Financial Services Committee and the Joint Economic Committee.

​In the House Democratic Caucus, she has served as a Regional Whip and as Vice-Chair of the House Democratic Steering and Policy Committee. New York Congresswoman Carolyn B. Maloney is a national leader with extensive accomplishments on security, financial services, the economy and women's issues. In the 116th Congress, Maloney serves as the Chairwoman of the House Committee on Oversight and Reform, the first woman to do so, and is a senior member of the House Financial Service Committee and the Joint Economic Committee Economic Committee. Maloney is currently a member of Women’s Forum Inc., the Council on Foreign Relations, Women’s City Club, Alice Paul Institute, Eleanor Roosevelt Legacy, Financial Women’s Association, National Organization for Women, National Association of Business and Professional Women, New York Landmarks Conservancy, and CIVITAS.​ 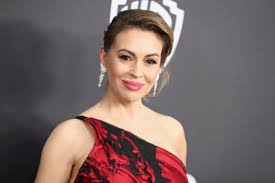 Alyssa Milano is an American actress, producer, and activist. She is known for her roles such as Samantha Micelli in Who's the Boss?, Jennifer Mancini in Melrose Place, Phoebe Halliwell in Charmed.

On October 15, 2017, Milano posted the message which re-launched what is known as the #MeToo movement, which was started in 2006 by Tarana Burke. According to Milano, a friend suggested that she post a message on her Twitter account encouraging survivors of sexual harassment and assault to post #metoo as a status update. This was to gauge the widespread problem of sexual misconduct. She was inspired to bring awareness to the commonality of sex crimes among women in the wake of Harvey Weinstein's expulsion from the Academy of Motion Picture Arts and Sciences for alleged sex crimes against women in the film industry. Milano emphasized that the basis of her hashtag was to create a platform where women had an "opportunity without having to go into detail about their stories if they did not want to". 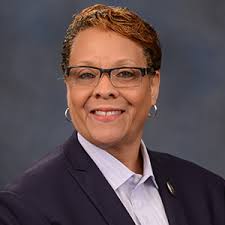 Doctor Patricia Spearman's courage, commitment and dedication for the rights of the people, started before becoming Senator of Nevada District 1. For 29 years, she was on the front line, serving in the Army Operations Center for the Pentagon, ascending to the rank of Lieutenant Colonel and receiving the highest title of honor bestowed by the Commonwealth of Kentucky. Feeling the need to do more for her community, Patricia took on the San Marcos Independent School District Board. Within 6 months of membership and with a pledge to serve and adherence to education,  she took on the challenge of President of the School Board. It was here that she realized the challenges that parents, administrators and educators face when ensuring that every child has access to an equal and sustainable public education.

In 2008 Patricia Spearman took on the reins to ensure Barack Obama's 12.5 point Nevada victory-the state’s largest margin of victory in two decades. Her work with the Obama campaign, her experience as a public servant and the 2008 recession prompted her need to do more. In 2012 Patricia Spearman filed to run for Nevada’s 1st Senate District. Her opponent a conservative incumbent stood no chance against Spearman's grassroots foundation. As Spearman ran for Senate, she pursued a Doctor of Business Administration at Walden University.  Her mission statement to become a voice of the people, a supporter of community groups and an ally to local leaders guaranteed her 63% victory.  In Senate Patricia Spearman Chair of the Legislative Operations and Elections Committee, she used her roles to pass countless legislations on LGBTQ Rights, Economic Development, Veterans Affairs, Equal Rights and Health Care. She sponsored a bill that passed the Legislature adding gender identity to the state hate crime law,  giving transgender victims of hate crimes an opportunity to receive justice. Spearman supported a constitutional amendment for marriage equality, fought to ban anti-LGBTQ+ discrimination, introduced a resolution to ratify the Equal Rights Amendment, advocated equal pay for equal work, and supported an assembly bill to extend voter registration that passed both chambers of the legislature.

After the 2016 Orlando nightclub mass shooting, the deadliest anti-LGBTQ+ hate crime in U.S. history, Patricia Spearman organized a memorial ceremony at the Gay and Lesbian Community Center of Southern Nevada. The previous year, she had introduced a bill to prohibit domestic abusers and stalkers from gun ownership.
​