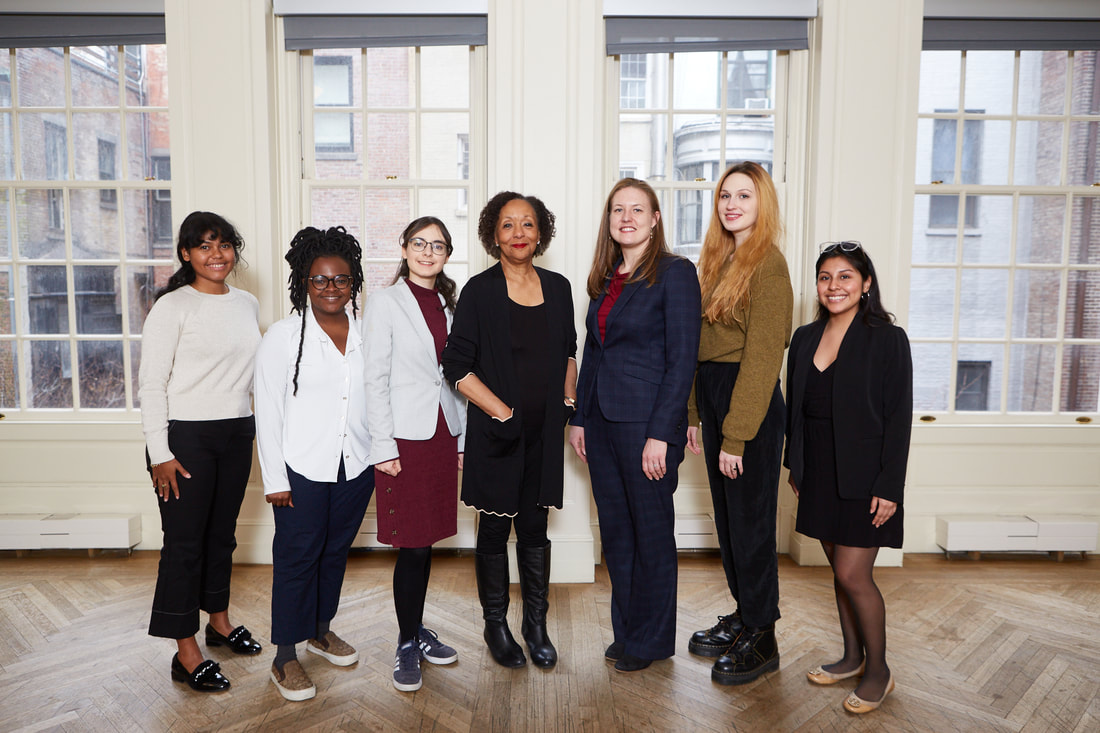 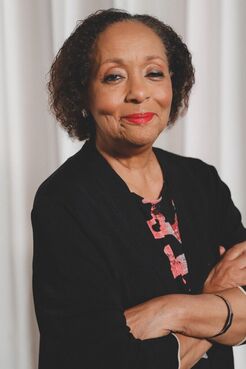 Carol Jenkins is Co-President and CEO of the ERA Coalition and the Fund for Women’s Equality, sister organizations dedicated to the passage and enactment of the Equal Rights Amendment. A board member since the beginning in 2014 and an active participant in all of its initiatives, she joined the leadership team in 2018, becoming Co-President with ERA Coalition founder Jessica Neuwirth.

Carol is an American women's rights activist, author and filmmaker. She was founding president of The Women’s Media Center, a nonprofit created in 2004 by Gloria Steinem, Robin Morgan, and Jane Fonda to increase coverage and participation of women in media. As president, she conceived the Progressive Women’s Voices program to provide media training for women and girls, and she expanded SheSource, the largest portfolio of women experts in the country. At FCC hearings in 2007, she testified on the “crisis in representation” in mainstream media. As past chair and current board member of Amref Health Africa USA, an arm of the largest health NGO in Africa, she is engaged in efforts to support health programs for African women and girls. Amref has a goal to end Female Genital Mutilation (FGM) by the year 2030.
Her other board work includes the Feminist Press, the Veteran Feminists of America, The Steering Committee of the Gloria Steinem Chair at Rutgers University, the Anne O'Hare McCormick Journalism Scholarship Committee, the Northern Manhattan Arts Alliance, and Certified Humane. As a pioneering African American television reporter, Jenkins was an anchor and correspondent for WNBC TV in New York for nearly 25 years. She hosted Carol Jenkins Live, her own daily talk show, on WNYW-TV. Early in her career she co-hosted one of the first daily public affairs programs in New York City, Straight Talk on WOR-TV; and co-hosted Positively Black for WNBC TV, one of the earliest television programs dedicated to Black issues in the United States. 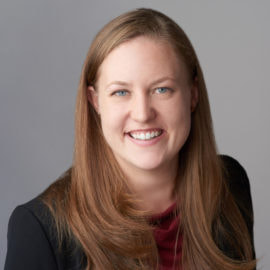 Bettina Hager is the DC Director and COO of the ERA Coalition and Fund for Women’s Equality. The ERA Coalition and Fund for Women’s Equality are sister organizations working together to educate, advocate and organize to ensure constitutional equality in the United States.  She previously served as the co-chair of the Equal Rights Amendment Task Force of the National Council of Women’s Organizations and has been helping lead the movement for constitutional equality since 2012. In 2019, Bettina worked with the House Judiciary Committee to help organize the first official hearing on the Equal Rights Amendment in 36 years. She has organized and moderated briefings on the Equal Rights Amendment in both the U.S. House of Representatives and U.S. Senate. Bettina frequently meets with members and staff on the Hill to educate on the need to support Equal Rights Amendment legislation, leading to the highest level of co-sponsorship in decades.

Bettina additionally works with advocates at the local, state and national level to mobilize a broad national constituency in support of ratification of the ERA. Upon joining the movement for the ERA in 2012, she recognized the need for tools to encourage constituency outreach and oversaw the creation of the first widely circulated ERA advocacy packet. The packet included information on how to contact elected officials, reach out to media and encourage constituency outreach for the modern movement. She has conducted focused lobby training workshops across the country on the issue of constitutional equality. 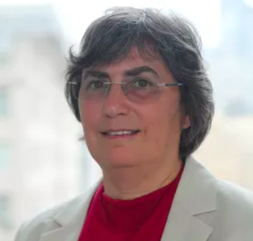 Jessica Neuwirth  is an international women’s rights lawyer and activist.  She is one of  the founders of Equality Now, an international women’s rights  organization established in 1992, and the founder and Director of Donor Direct Action,  an offshoot project now hosted by the Sisterhood is Global Institute to  support women’s rights organizations around the world.  She is also a  founder and Co-President of the new ERA Coalition,  mobilizing a renewed effort to get the Equal Rights Amendment into the  United States Constitution. To aid this effort, she has also written a  book Equal Means Equal, Why the Time for the ERA is Now.
Jessica  holds a J.D. from Harvard Law School and a B.A. in History from Yale  University. She has worked for the human rights organization Amnesty  International, for the Wall Street law firm of Cleary, Gottlieb, Steen  & Hamilton, and for the United Nations Office of Legal Affairs, as  well as the UN Office of the High Commissioner for Human Rights. She  served as a special consultant on sexual violence to the International  Criminal Tribunal for Rwanda for its landmark Akayesu judgment holding  that rape is a form of genocide, and again worked for the Rwanda  Tribunal on the Media judgment holding print and radio media accountable  for their role in the Rwandan genocide. More recently she directed the  legal team that drafted the judgment of the Special Court for Sierra  Leone convicting former Liberian President Charles Taylor of war crimes  and crimes against humanity. As a guest lecturer, Jessica has taught  international women’s rights at Harvard Law School. 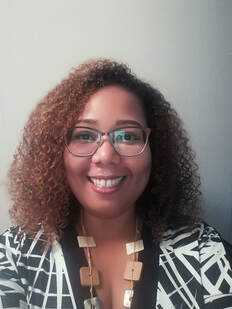 Katherine Hiraldo is the Programs Assistant for the ERA Coalition and Fund for Women's Equality. She is an alumna of Binghamton University, with a Bachelor of Arts in Anthropology and Art History. She has over ten years of experience in Office Administration and Management, as well as over 6 years as a Freelance Web Designer. She is currently pursuing a Bachelor of Science degree in Graphic Design, with a minor in Religious Studies, from Arizona State University. 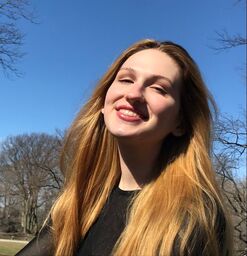 Jessica Sirico is a JFEW and Thomas Hunter Honors Senior Scholar majoring in Political Science and Gender Studies with a minor in Human Rights. She has completed a variety of internships pertaining to issues such as environmental justice, LGBT+ rights, women’s justice, and government accountability. Following graduation, Jessica looks to work in local politics, using public service as a route for achieving economic justice. 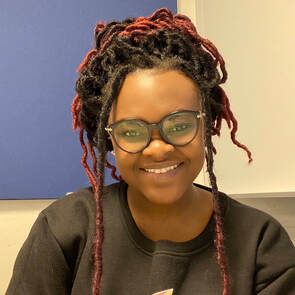 Kerin Shilla, Class of 2021, is a Macaulay Honors Scholar majoring in Political Science with a minor in International Relations. As an intern with the Tanzanian permanent mission to the United Nations, Kerin was fascinated by the many aspects to be considered in the creation of a successful foreign policy proposal. Her focus was on the Sustainable Development Goals, specifically reduced inequalities, and zero hunger. She aspires to work for the United Nations council. 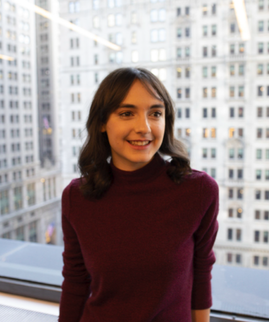 Allison Stillerman is a senior Roosevelt Scholar studying public policy. She is the Head Delegate of Hunter's Model United Nations team and former President of the Pre-Law Society. Allison is an Associate Project Manager at women.nyc, a city initiative that connects women to career and entrepreneurship resources and programming. She is passionate about public spaces and resources and looks forward to a career building accountability and fairness in local government. 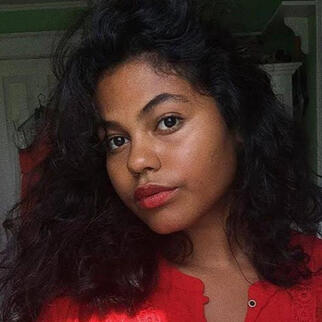 Diana Kennedy is a current sophomore at Hunter and a Macaulay Honors Scholar.
​She is a Women and Gender Studies major with a minor in Political Science. She became more interested in public service and policy through her participation in the Women’s Public Policy Internship, where she interned at Senator Liz Kruger’s office. Attending the needs of underrepresented groups is very important to Diana, and so she plans on pursuing a ​career in immigration law. 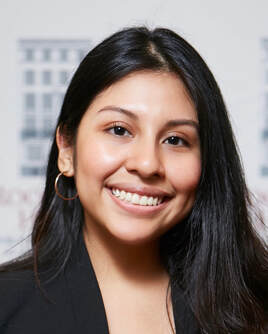 Katherine Vanessa Barreto is a Senior majoring in Political Science and double-minoring in Human Rights and Spanish. The daughter of Ecuadorian immigrants, Katherine is passionate about advocating for immigrant and refugee rights. She has held various internships and currently interns at the NYS Division of Human Rights. Upon graduating Spring 2020, Katherine plans to attend law school and obtain a degree in International Law to serve those in need around the world.